Help YOUR doctor help you by Renting an iCare Home2 Tonometer

You can select either your button or icon below 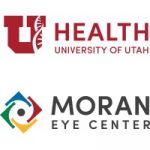 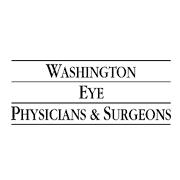 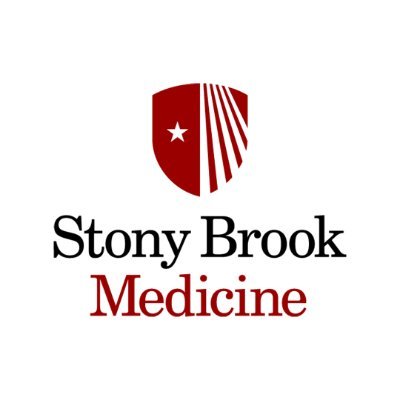 IOP: spikes or no spikes, the iCare HOME2 has the answers.

“As a glaucoma specialist, I have found that
measuring IOP at different times of day and night can be
very beneficial for me and my patients”, says Dr. Barbara Wirostko, FARVO, Adjunct professor and Glaucoma specialist at the University of Utahs’ Moran Eye Center. “The more frequently your IOP is measured, the better overall picture your doctor will have of any fluctuations. Several published case
reports have emphasized the importance of having access
to this information.”

Why Prescribe the iCare HOME?

HOME2 instructions manual for Providers
Helpful Apps for your phone

Patient-specific data obtained outside the office has been a very powerful tool in treatment and decision-making for diagnosis, monitoring, and management of chronic conditions for years in other fields. Cardiovascular health and diabetes sets a prime example of the impact that out-of-office blood pressure and glucose measurements can have on improving patient care.

Intraocular pressure (IOP) is currently monitored in-office during isolated daytime measurements. Current standard of care in glaucoma management includes measurement of IOP every few months, between the hours of 8AM and 5PM, even for patients with severe disease. Treatment decisions are often based on these individual snapshots in time of a single IOP reading. However, we have long known and recognized that critical values of IOP fluctuate throughout day and night (nyctohemeral fluctuation), day-to-day (short-term), and over months to years (long-term). Knowing that IOP, as the primary modifiable risk factor for glaucoma disease progression, can fluctuate has motivated development of better ways of capturing diurnal and nocturnal IOP variability.

Studies have shown that diurnal and nocturnal IOP rhythms fluctuate, with spikes often occurring outside of office hours. In studies of IOP measured around-the-clock in hundreds of patients, peak IOP can occur morning or night.1-3 Missing these peaks in measurements can result in misdiagnosis and under-treatment. For example, in a cohort of patients with a diagnosis of normotension glaucoma, 5.3% were found to have IOP greater than 20 mm Hg on 24-hour recordings.4 In addition to spikes in IOP, wide fluctuations in IOP have also been theorized to contribute to progression of glaucoma.5

Factors modulating fluctuations in IOP are theorized to include such things as position, exercise, episcleral venous pressure, hormone levels, and nitric oxide production. IOP generally tends to be higher in the supine position, but can be potentially modulated by other systemic conditions such as nocturnal hypotension and sleep apnea.6 Kim et al found that patients with normotensive glaucoma have higher fluctuations in nocturnal IOP and spend more time during sleep in lateral decubitus position.7 Studies have also suggested a correlation between cortisol and IOP in patients faced with psychological stress or relaxation, although a correlation between IOP and midnight plasma cortisol was not supported in a study of IOP in patients with Cushing Syndrome.8-10 Variations in many of these factors most likely contribute to diurnal and nocturnal rhythms in IOP, aqueous production and outflow, and possibly contribute to optic nerve health.

Devices have been developed for home IOP monitoring, allowing for tracking of IOP at all hours. Rebound tonometry has become an accepted non-contact means of measuring IOP in our offices; the iCare tonometers have been found to have fairly accurate reproducibility to Goldmann with a strong intraclass correlation coefficient.12,13 Subsequently, the iCare HOME tonometer was FDA-cleared for use in 2017 and indicated as an adjunct to routine clinical IOP monitoring for patients’ self-use at home with a doctor’s prescription.14iCare HOME measurements have been shown to agree with in-office measurements on the same eyes.15,16

We believe home monitoring can be an important tool to detect variations in IOP that might be occurring despite in-office measurements that are consistently at goal. In a recent case report, Rojas et al presented two patients with glaucomatous progression despite controlled in-office IOPs.17 With measurements at home, patients were found to have IOPs ranging from 1.4 to 2.6-fold higher than peak in office, thus necessitating immediate changes in treatment. We have had similar cases in our clinic; for example, a normal tension glaucoma patient with severe visual field constriction- who’s in-clinic IOP measurements were “controlled” in the low teens.

Using the iCare Home, he was found to have IOP spikes during the night into the high 20s even on maximum medication, thus necessitating surgery. We have discovered that self-tonometry can easily be performed at home after a short training session and thus be used to check IOP over several days to weeks and even over a 24-hour period. It is for these reasons that we started MyEYES, to give the patient and their physicians the IOP data that could help impact medical glaucoma management. (Excerpt from Levin, Vezina, Wirostko. Ophthalmology Glaucoma in press 2021)

Please Use this form to refer someone to our services. If you are a Physician, you can use this form as your prescription for the iCare HOME. If you have additional patients we can customize your referral experience! Just click the box below to get a personal referral form.

NOTE: WE ARE NOT OPEN TO THE PUBLIC.